Home » “I Ate Food Scraps From the Trash…”

“I Ate Food Scraps From the Trash…”

Before Marcos met the Lord Jesus, he says he used drugs and was a very violent person. The problems began when, at age 12, he started smoking cigarettes and marijuana. Then he started using cocaine and, finally, came to crack. In addition to using illegal drugs, he drank heavily and became an alcoholic.

There were many fights between his parents at home and Marcos says that he was beaten with a whip. One day, his father got so angry with him that he broke his teeth because he was punched in the face. “I grew up with this hatred ingrained inside of me. Because of the hatred, I felt for him, I even took a knife to try to kill my father.”

Marcos says that he was introduced to spirits when he was a child. “The witch doctor told me that I had the potential to serve the spirits. This led me to I start practicing black magic. As a result, I had a very large profit from consultations.”

Despite the problems he faced, Marcos had many friends, real estate and was well known in his city for being an entrepreneur. He, however, lost his family, his business, and everything he had built up until that moment because of druguse: “I wore silk clothes and German shoes, but I found myself eating scraps of food I found in the trash”. 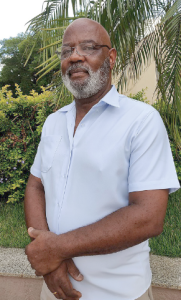 Marcos’ father started to attend the Universal Church and invited him to visit the place, but he did not accept. Sometime later, however, he changed his mind and went to church. “My conversion process was very difficult. It was difficult to let go of addictions.”

Marcos was baptized in water and decided to abandon everything that displeased God, no matter how difficult it was. “I wanted to be a new man, I was tired of suffering and I just wanted to have peace inside of me.”

He said that he was thirsty to receive the Holy Spirit and, therefore, he fasted, prayed, read the Bible, and left his addictions for good, all for the sake of his Salvation. “The day I received the Presence of God within me was the best dayever. I had never felt such peace and certainty.”

Today Marcos is a man of God, he has a blessed family and a stable financial life, in addition to having good health and peace. “I exhale the perfume of the Lord Jesus wherever I go, thanks be to God and the Universal Church.”