Home » What is the Universal Church USA

The Universal Church of the Kingdom of God was established over four decades ago to express faith in the living God. As a Bible-based church, it aims to reveal the power of the Father, Son, and Holy Spirit in transforming and saving lives.

After the creation of the universe, God the Father was the member of the Trinity to first manifest to humanity, speaking and teaching them how to follow and obey His principles. These teachings were given to Abraham, Isaac, Jacob, and so many other heroes of faith who followed and obeyed His voice.

Yet despite centuries of God’s attentive love and mercy and establishing a covenant with His people, humanity allowed their sin to corrupt them and turn them away from God. Most strayed from righteousness and obedience to God and followed the urges of their own heart. But God, in His infinite grace and love for humanity, sent His only Son as the fulfillment of His Holy Law and Commandments, to be a sacrifice for our sins.

God’s Solution for a Sinful World

The Lord Jesus Christ, God’s Son, revealed Himself to mankind in human form when He was born into the world. He suffered, was crucified, died, and was buried, but on the third day, He rose again. He guaranteed salvation for mankind and freedom from all of the oppression of the evil one for all who repent and choose to believe.

After the resurrection of the Lord Jesus and His return to heaven, God the Holy Spirit manifests His presence among mankind, beginning from the day of Pentecost and continuing until today. He reveals Himself within the hearts of believers who surrender completely to Him as they put their faith in the risen Savior, Jesus Christ. The Holy Spirit convicts us of sins through our conscience, revealing our sinful state so we can genuinely repent, receive God’s forgiveness, and be welcomed into His Kingdom.

The Holy Trinity acts in unity, power, and wisdom from eternity to eternity. Revealing His will to us today through the Bible, which is divinely inspired as stated in 1 Timothy 3:16-17, “All Scripture is inspired by God and is useful for teaching, for rebuking, for correction, for training in righteousness, so that the man of God may be perfect and perfectly equipped for every good work.”

Whoever places his life in God’s hands can only perform His good works once he first repents of his sins. This inner transformation is publicly expressed through water baptism by immersion. The sinful human nature is buried, and a new person is born as he is raised up from his watery grave, ready to do God’s will on earth. 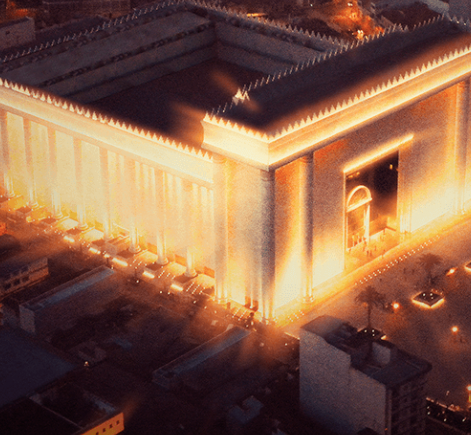 Baptism in the Holy Spirit

Baptism in the Spirit of God is an act of grace performed by the Lord Jesus Himself in any who desires to be purified and walk in holiness. The Universal Church bases its faith and belief on the Word of God alone to ensure that there is no deception and that the Holy Spirit is the only one who leads the church.

The Lord’s Supper is highly important as a church ceremony. Not only is it a symbol of God’s people partaking in the body and blood of the Lord, but the church is strengthened physically and spiritually as each person is reminded of the blood that was shed for them and the high price with which their salvation was bought. It is a solemn time of renewing our covenant vows with God.

The Universal Church also believes that the Word of God teaches that the giving of tithes and offerings is sacred to Him. Tithing signifies faithfulness, and offerings represent the love of a servant for his Lord. Anyone who serves God is granted the right to an abundant life, as stated by the Lord Jesus in John 10:10, “I came that they might have life, and have it more abundantly.”

In short, the Universal Church believes that everyone is called to have an active faith and lifelong relationship with the Lord Jesus to gain eternal life, which He has promised to all who persevere until the end. “To the overcomer, I will give you to sit with Me on My throne, just as I also overcame and sat down with My Father on His throne.” Revelation 3:21 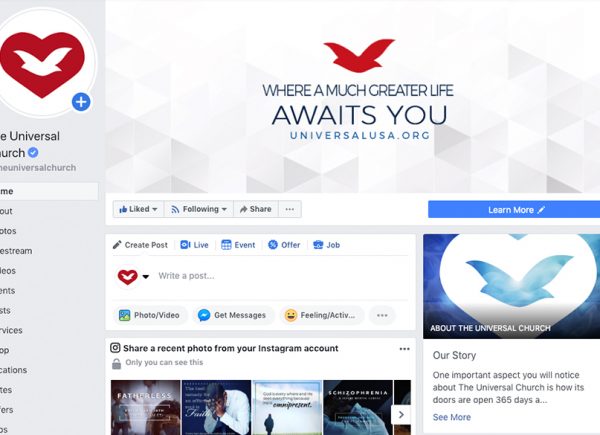 The Universal Church sponsors and produces this 24-hour nationwide cable network that airs programs of faith, deliverance, and testimonies of radical life transformations through the power of God. Most of the programming is aired live and hosted by Universal Church pastors from various states around the US. A 24-hour helpline is available for counseling, taking prayer requests, and providing information to callers. 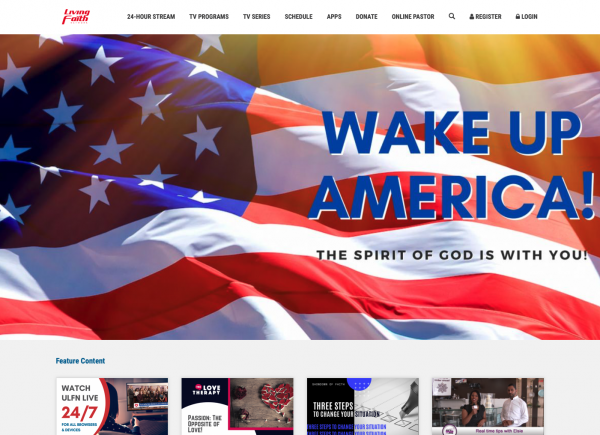 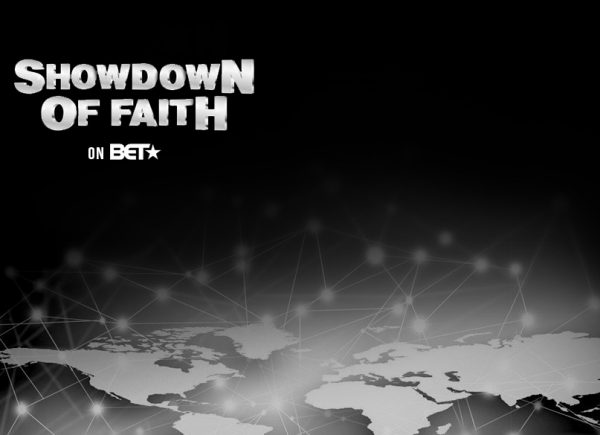 The Showdown of Faith television program is hosted by Bishop Joshua Fonseca of The Universal Church. It currently airs on the Living Faith Network daily and the BET network on weekends. The Showdown of Faith has changed the lives of thousands of people around the US, breaking the chains of spiritual oppression, generational curses, sicknesses, and depression and teaching the power of salvation by faith. 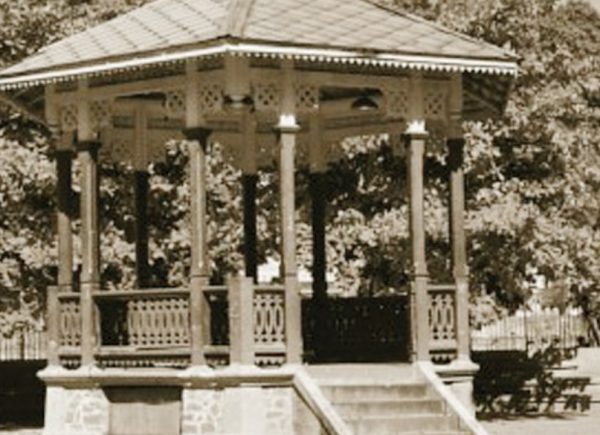 It all started in a small gazebo in the Meier neighborhood of Rio de Janeiro. Carting his portable speaker, microphone, and Bible, the then-pastor Edir Macedo Bezerra would climb up the seven steps of the gazebo to preach to the few gathered at the park every Saturday afternoon. This was the first step in the growth of The Universal Church, whose main supporter was Mrs. Eugênia Bezerra, mother of today’s Bishop Edir Macedo.

The first church building was an old funeral parlor in the neighborhood of Abolição (named after the abolition of slavery) in Rio de Janeiro. That was where the first meeting was held on July 9, 1977, after the pastors and volunteers did simple renovations. The help of those first members was crucial. Albino da Silva found the property, and his wife Lindalva donated the fan to help with the intense tropical heat. 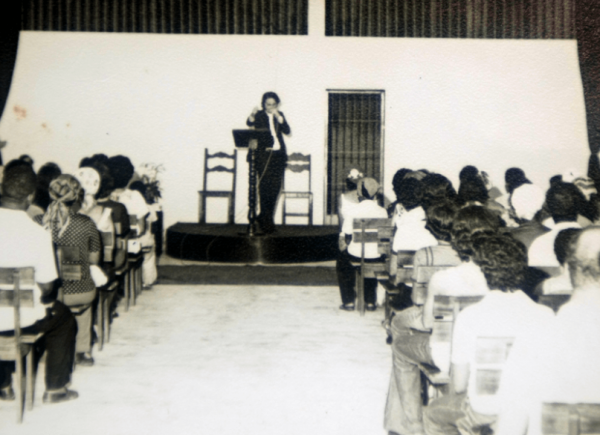 The founder of the Universal Church of the Kingdom of God, Bishop Edir Macedo, was born on February 18, 1945, in Rio de Janeiro, Brazil. He was the fourth child of Henry Bezerra and Eugenia de Macedo Bezerra. He married Ester Bezerra and later had two daughters of their own, Cristiane and Viviane, and an adopted son, Moyses.

He became a civil servant in 1963, organizing the operations of the State Lottery of Rio de Janeiro (Loterj), and worked at the Brazilian Institute of Geography and Statistics (IBGE) as a researcher in the economic census of 1970. He resigned from his 16-year career as a civil servant to dedicate himself to doing the Work of God full-time, which many of his detractors saw as reckless and irresponsible at the time.

Edir Macedo’s educational background consists of a Masters in Theology from the seminary of the United Evangelical University of Theology and the University of Theological Education in the State of São Paulo (Fatebom). An honorary doctorate in theology and Christian philosophy in divinity, in addition to a master’s degree in Theological Sciences at the Federation of Evangelical Religious Entities of Spain (FEREDE) in Madrid, Spain.

Bishop Macedo has authored over 50 books on faith, doctrine, and biblical studies that have all focused on teaching a practical faith meant to be lived in an intimate relationship with God. His first published work propelled his ministry into the thousands of members as people were amazed to learn about the biblical truths behind the demonic practices of witchcraft and the occult that were (and still are) so common in Brazil. After the printing of “Orixas, Caboclos and Guides,” the doors of the Universal Church swarmed with people day and night, eager for deliverance from evil spirits and healing from sicknesses, and many new churches had to be opened, and pastors needed to be trained.

From that point on, Bishop Macedo saw the need for more teaching to help unbelievers find salvation and grow strong in faith, and new books were written steadily over the years. Each of his books has been translated into various languages where the Universal Church is established worldwide.

The release of the three books of his memoir trilogy created a revolution in the publishing industry in Brazil, where they were first published in the Portuguese language from 2012 until 2015. “Nothing to Lose,” by the Planeta Publishing Company, is based on extensive interviews with journalist Douglas Tavolaro.

The autobiography covers the many controversial issues surrounding his life, his struggles during persecution, his eleven-day incarceration under a corrupt justice system in 1992, and how he overcame insurmountable odds through his faith. He reveals secrets that had been kept for decades and intimate details of his personal life. He recounts the miraculous turn of events that allowed for the purchase of the Brazilian Record TV network during a tumultuous financial crisis in the country, and the constant attacks against his character and the church itself, proving that whatever God opens, no one can close.

The trilogy’s first book was released in several cities in Brazil and broke all records to become an all-time best seller in 2012, repeating that success in other countries. Artists, politicians, academics, and people from all walks of life were eager to find out who this man was, the man who had changed the course of their country and would not let his faith be shaken, even in the face of so much persecution.

Volumes 2 and 3 of “Nothing to Lose” repeated the first book’s success. They cover the subjects of the purchases of the first radio and TV Record, the expansion of the Universal Church to countries around the world, and the unique struggles found in each place. The final book culminates constructing of the new Universal Church headquarters, the replica of the Temple of Solomon in Sao Paolo in 2014. The story recounts the poignancy of the once vilified Pastor Macedo finally preaching to a packed sanctuary filled with leaders of the same political, legal, and media institutions that once hated him yet were now respectfully in the inaugural meeting of the Temple of Solomon. God proves Himself faithful to those who are faithful.

If you’re interested in reading “Nothing to Lose”, you may visit a Universal Church near you.