Home » I Abandoned the Faith and the Real Hell Began…

At the age of 9, Flávia began taking care of vehicles at a fair to help her family financially. It was from this event that she became acquainted with prostitution that I submitted in exchange for food. That was until I was 17 years old. As I had lived sad childhood cared about.”

Flávia went to the Universal Church but didn’t stay firm with God. “I got married badly and even though I was an assistant, I abandoned the Faith. Believing that I would be happy far from the presence of God. When I left, however, the real hell began: I was arrested after a month of raving embezzled funds from the company I work for. I went back to drinking and got involved with drugs. I had a miscarriage after I got pregnant and I almost died from so much blood that I lost.” 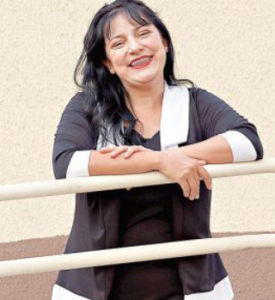 Flávia, who was already the mother of two daughters, was already the mother of two daughters, was in need again she became involved with drug dealers, who were arrested for the second time. “I got involved with a drug dealer, who was arrested I went to defend him and ended up at the ‘criminal court’. That was my rock bottom, and then it hit me. I cried out for God’s alive. As He didn’t answer at that time, they left it for the next, but they shaved my head and swore me to death.”

Flávia’s house was under surveillance and, in the midst of her suffering, soon after, she made a decision. “I went into the trunks of the car to go to my father’s house and then I was locked in a room for 25 days with the panic syndrome. Bald, destroyed, and humiliated, I made a vow to God and asked him for another chance.”

She has returned to the presence of God and for nine years she has known what it is like to have a changed life. To stop the suffering, she did what was necessary.
“I abandoned addictions, stopped going out with ‘friends’. I got baptized in water and seek for the Holy Spirit so that God could dwell in me. The Holy Spirit transformed my thoughts and my way of seeing everything. Today, I am the most accomplished woman in the world. I have peace and I feel light.”