“I Got Involved With the Wrong People and Learned About Crime…”

Adriano’s father rejected him when he was only three months old. His father also left his mother to marry  another woman and take over her two children.“My mother left me with my grandmother. 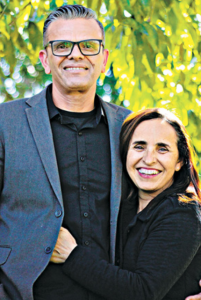 When I was 8 years old, I came to live with her and her husband, but her husband wouldn’t accept me. He

arrived drunk, assaulted her, and rejected me. I even lived in the house of several relatives until she took me to an orphanage.”

While Adriano was rejected by his family, the streets welcomed him. At age 11, he was introduced to drugs. “I was addicted for 32 years to all types of drugs: cocaine, LSD, marijuana, as well as prostitution and games. I became a bitter, hateful, and completely upset person. At that time, I got involved with the wrong people, I learned about crime and started to do petty theft.”

After nearly dying from two overdoses, Adriano began to lose what he had achieved. “I could no longer see a way out of my life, I heard voices and saw shadows. I started to worry because, when I went out with friends, the next day they were angry and told me that I had tried to kill them. They would continue by saying,  I cursed them and said that I would drink their blood. The worst thing is that I never remembered anything.”

Adriano says that he wanted to abandon his addictions and even spent a year “clean”, but his desire was not enough to keep his decision for a long time. “Often, when I came home from using drugs, I would turn on the TV
on church programs, but then I would do it all wrong again.”
Until one day, acknowledging his destruction, he prayed to God: “I said: ‘If the Lord takes me out of this situation, I will give myself up”. Then he went to the Universal Church. In the meetings, he understood that he needed to abandon his mistakes, was baptized in water, and sought the Holy Spirit.

I started to seek with a thirst for God until I got free and received Him. I’ve been free for five
years. Today I’m a volunteer at the Universal Church and I are getting married to a woman of God. My life has changed and I have peace.”