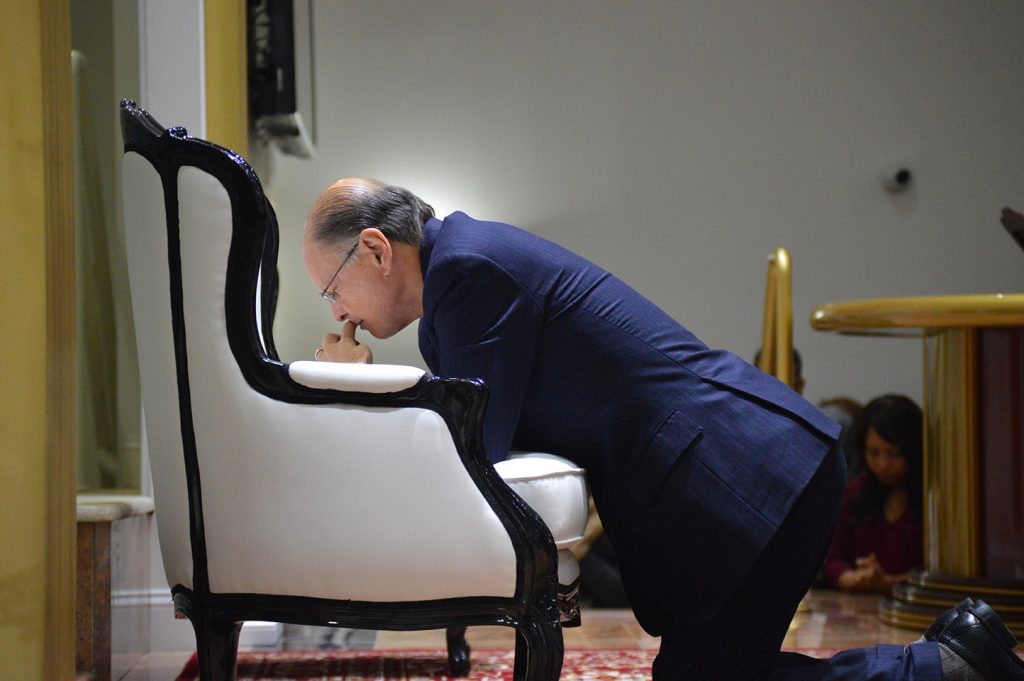 The founder of The Universal Church, Bishop Edir Macedo, now 70 years old, was born in Rio de Janeiro, Brazil. In 1963, he started his professional career as a public worker; he worked in the lottery for the State of Rio de Janeiro (Loterj) and worked at the Brazilian Institute of Geography and Statistics (IBGE) as a researcher during the economic census of 1970.  He spent 16 years of his life as a public worker, but Bishop Edir Macedo stepped down to devote himself to the Work of God. Many thought that decision to be madness, but he had inside of him the assurance of his calling, to serve God was the purpose of his life. 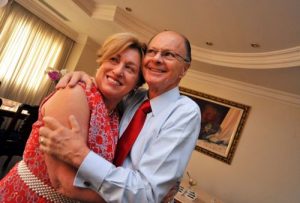 He says that women play an important role in the family. She educates her children to become men and women of faith, she takes care of her husband and the home, and she lives a busy day-to-day life. However, the difference in the woman of God is that she does everything with the direction of the Lord. The companionship Bishop Edir Macedo and his wife Ester have for over 43 years has been an example that has inspired many couples who had the chance to follow their story.

Academically, Bishop Edir Macedo received degrees in Theology from the Evangelical School of Theology Seminário Unido and the College of Theological Education in São Paulo (Fatebom). He received a doctorate in Theology, Christian Philosophy and an honorary degree in Divinity, in addition to a Masters in Theological Science received through the Federación Evangélica Española de Entidades Religiosas (Madrid, Spain).

Today, Bishop Edir Macedo is recognized as one of the most notable evangelical leaders in the world, he has conducted gatherings with millions of people. During an event realized in Sao Paulo, 700 tons of non-perishable food was gathered and later distributed to those in need.

As a writer, Bishop Edir Macedo stands out with more than 10 million books sold, divided into more than 30 titles. His book In the Footsteps of Jesus reached the mark of 3 million copies sold.

The Nothing to Lose trilogy

The books of the trilogy Nothing to Lose are based on long interviews done by the journalist Douglas Tavolaro.

In his autobiography, the founder of The Universal Church talks about controversial issues, difficulties that he faced, moments of persecution and strength, he reveals secrets kept for decades and also personal details about his life. He shares his side of controversial facts, such as his imprisonment in 1992, and narrates details and lessons that he took for himself during the eleven days he was behind bars.

The first book was released in several cities in Brazil, making record sales and becoming a phenomenon in 2012, repeating this success in other countries. For many months it remained at the top of the bestsellers list in Brazil.

Actors, politicians, officials, ordinary people, everyone who was curious to know who is this man who does not allow his faith to be shaken, even when facing so much persecution.

Nothing to Lose 2 was equally successful such as the first volume. In the second volume, Bishop Edir Macedo talks about the purchase of the first radio station and TV Record, he also talks about the construction of the replica of the Temple of Solomon among other subjects, and through these experiences, he helps the readers to reflect upon their lives.

In January of 2015, Nothing to lose 3 was released in Sao Paulo, Brazil, gathering thousands of people. In this volume, he shares stories and pictures never before revealed, and he speaks about the growth of The Universal Church throughout the world, from a simple neighborhood in Rio de Janeiro to the five continents. Bishop Edir Macedo speaks about how it all began and the spiritual lessons gained from the work of the church in these different parts of the world.  The reader will have access to memories never before revealed about his faith and life, the secrets of his marriage and family.

Nothing to Lose 3 will soon be released in the United States.