Home » “I Harbored Hatred for My Father…”

“I Harbored Hatred for My Father…”

Jonathan Was Invited by a Teenager to Go to the Universal Church. Read More.

Forgiving the absence of parents has always been very difficult for Jonathan. His father had abandoned the
family before he was born. His mother, Nubia, was away from home for a few days to be able to work.
Without the presence of the two, he grew up with his older brother. “My mother worked in a house where she also lived. So I only saw her every 15 days.” 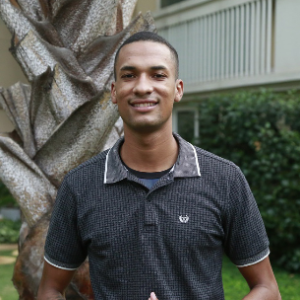 Even on his mother’s days off, he couldn’t talk to her. “She would come home at night, kiss me and my brothers, and go to clubs. So, when I was 13, I started working at school and using drugs.”

He also harbored hatred for his father. “I blamed him for my mother’s suffering. Every day I swore that when I grew up I would kill him.” Meanwhile, his rebellion only increased. From drug use, he migrated to trafficking until he became a criminal. “I went down on marijuana and cocaine and practiced robberies.”

Jonathan was invited by a teenager to go to the Universal Church. There, he heard a message that would be the first step in transforming his life. “The word of John 8:32, said: And you shall know the truth, and the truth shall make you free.’ This made me want to know Jesus.” For that to happen, he needed to let go of attitudes contrary to God.

I told Him that I was determined to change. I asked for forgiveness and prayed, granting forgiveness to my parents. At that moment, I found myself freed from the chains of hate.” From there, Jonathan began to have a healthy relationship with his mother, no longer having any negative feelings for his father, and got rid of the wrong attitudes.