Home » Out With the Old in the New

Out With the Old in the New

“We Ate Leftovers for Dogs..”

Aretuza had a poor childhood: “My father was an alcoholic and didn’t stop at any service. My mother, who worked as a maid, couldn’t keep the rent, water, electricity, and five children. The house was a tenement where all the families used the same bathroom. We were constantly being dumped and, when the water was cut off, we waited for the rain to fill buckets.”

She went to the school when she was 7 years old. “There was lunch I ate a lot because there was no dinner at home.” Aretuza’s brother would ask for leftover food at his job and said it was for the dog. “We didn’t have a dog. All of us separated those leftovers and ate it. We didn’t have a fridge. It was an absurd misery and my stomach ached with hunger. I ate a lot of flour with water. It seems that misery has a smell because, at school, no one wanted to be near us. 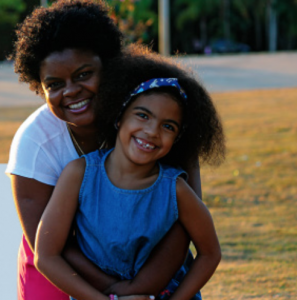 Aretuza used to go to her aunt’s house. That’s how she got to know the Universal Church. “I left amazed. When I returned to the city, I looked for the Church. I met my husband and we got married. We went to live on rent and then acquired a low-income house with financing. I took a free manicure course to help with expenses. I got pregnant after a few years of marriage.”
A life of restrictions continued. : My husband did an extra job; my mother, even in and situation, helped me by buying milk, diapers, and sending me clothes. I started to get angry. I thought my daughter would have the same childhood I had.”

Even though she has been attending the Universal Church for 18 years, she says she had never participated in a Campaign of Israel, “When she listened to people talking about what God had done in their lives, she thought that if I made a sacrifice I would be evicted like my mother. I was afraid to participate and do it wrong, but When the campaign ended, I knew I had passed up the opportunity to know if it worked. The right thing: it is worth remembering that the life that the family led was already a sacrifice in itself due to deprivation.

Aretuza heard the testimony that made her faith awaken and that she threw herself on the Altar. “I came down from there different and strong. it was late December when I had the idea to sell the financed house. In January, the broker contacted him to say that there was a buyer. I wanted to see the launch of a closed condominium. It was a beautiful place, but the realtor said it wasn’t for us as we couldn’t afford it. I didn’t accept. In my mind I was strong and confident. I came back the other day, got the owner’s contact. I told him that I liked the land but that I had no money.”

Inexplicably, the owner proposed that I build the house and pay it back later. “The math, the count doesn’t add up. I paid service providers, did the project with an architect, bought what I needed, and placed the project in several real estate agencies. A buyer who paid cash appeared. I paid off the land and there was money left over. I built it another very high standard house and sold it before it was finished.” Aretuza, who has barely finished her studies, owns a builder of luxury condominium houses.

The Altar did what’s unheard of in my life. God does not open doors, he opens, He opens them wide, which, today, gives me conditions to buy what I want. When I took a simple vow, life was limited, I still had the old problem but when I discovered sacrifice, I became a new person.”