Read About Joane's Story and How She Overcame Her Problems

“I had several emotional problems, like depression, anxiety disorder, and phobias, mainly because I didn’t know how to deal with my emotions. Those who have depression develop an emotional block generated by fear and erroneous beliefs about themselves and other people.”

Joane remembers that her childhood and adolescence. They were marked by personal and family experiences. She lived in a home destroyed by addictions, constant fights, separation, rejection, and lack of structure. “I became a complex, shy, extremely needy, and sentimental child, especially after my parents separated. At 10 years old, I felt the responsibility of an adult and at the same time impotent for not being able to help my family, which made me develop a deep sadness.”

At the age of 14, she became involved in a relationship full of betrayals on the part of her boyfriend. “Because of family conflicts, I was forced to leave the house at age 11. Also, went to live with relatives and friends. The lack of self-love and the emotional need made me stay in this relationship for more than three years and there was no commitment on his part. 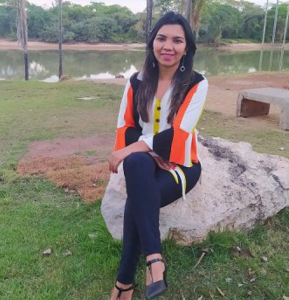 It was after it ended, without support, without family structure and with the rejection of my biological father, that despair started to hit. Then, had frequent bouts of crying because I felt powerless. I was depressed. I felt a void that nothing was able to fill.”

She says that these disorders also caused her inferiority complex and social phobia, in addition to panic from unknown places. “I had a desire to die, I felt like taking medication so I wouldn’t feel that pain and that emptiness inside me anymore. I didn’t have the strength to get out of the suffering.”

Joane got to know the Universal Church through an invitation. At the time, she was studying psychology. It was in Faith that she found answers that studies did not show her. “I learned to use my Faith in the Word of God. I was given the strength to fight and overcome the problems that caused my suffering.

Faith was an essential tool totransform that situation and to bring me deliverance. Upon knowing and receiving the Spirit of God, I received peace and a great certainty that He was with me.”

Because of the continuous suffering, Joane lived hopelessly, but something changed: “I got rid of emotional baggage. I started to hope and dream again because I was fully convinced that God was in control of everything. That anguish and the emptiness that consumed me were filled by God.

It was what gave me the spiritual and emotional structure to overcome depression.” Today, she says she is accomplished.

“God restored my life, my family and I got married, but my greatest achievement was receiving the Holy Spirit. I support other people who face emotional and spiritual disorders. The Lord Jesus was the remedy for my anguished soul. We didn’t find this medicine in pharmacies or the best offices. God changed my story. Today I am a channel to save other lives.” – Joane 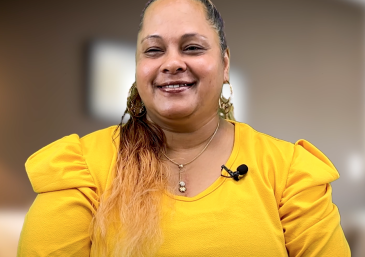