Home » I Stole To Feed My Addiction

I Stole To Feed My Addiction

He Struggled To Overcome His Addictions

The abuse of freedom pushed Jack to drink alcohol, smoking marijuana, and going to nightclubs from the age of 15. He stayed with his uncle and grandmother while his mother worked and lived in another state. 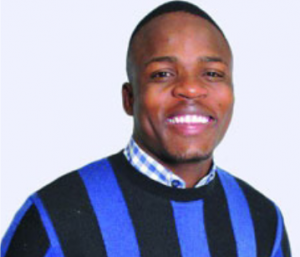 “My mother visited me once in a while and did not have a relationship with my father. That made me feel I had the freedom to do everything I wanted because my parents were far away. I became involved with bad company, smoked, drank alcohol, and went to nightclubs.”
To feed his addiction, Jack stole money from his uncle and grandmother. “I smoked every day after school and my grandmother complained because I came home smelling of cigarettes and drugs. They questioned me about their lost money but I never admitted it. I spent my weekends away with friends and only came back home on Sunday afternoon.”
Tired of his bad behavior, his grandmother chased Jack out of the house after he had an argument with his uncle.

“I was doing my studies then. My uncle rebuked me for coming home drunk late at night and I answered back. I then told him I was not going to listen to his correction because he was not my father. He became so angry and my grandmother decided to chase me out of the house because I was the one causing strife in the family. I lived alone in my mother’s house, drank alcohol, and smoked marijuana freely. My mother sent me money every month, but I spent it on alcohol.”

After he completed his studies, he moved to stay with his mother. “I continued smoking and drinking, but I made sure I did not get drunk because my mother was strict.”
He was invited to the Universal Church. He accepted the invitation because he realized that his addiction affected his relationship with his uncle and grandmother and he did not get into trouble with his mother.

“A pastor advised me to attend services for my deliverance from alcohol, drugs, and cigarettes. I understood that my body was the temple of the Holy Spirit and I needed to take care of it. After four months in the church, I was able to stop smoking, drinking, and stealing.

There is someone on the other end of the line ready to assist you.