Home » “No Relationship Worked for Me”

“No Relationship Worked for Me”

“I grew up in a united and happy family and received all the attention and affection from my parents, but after a while, their marriage began to crumble because of betrayals.”

As a child, Juliete discovered what it was to live in torment. “I started having nightmares, woke up crying with headaches, had thoughts of suicide. I was only 6 years old. Later, I tried to take my life, but I lacked courage.” 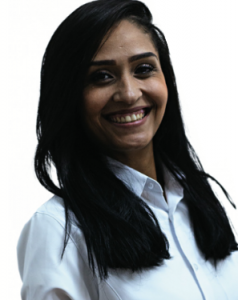 As time went by, the suffering only increased. “I once had a very strong fever, I fell asleep, and when I woke up, I suddenly found myself seized by a force that threw me against the fourth-floor window. Shortly thereafter, I was sexually abused by a close relative.”

Juliete says that she hit rock bottom. “After the abuse, I became nervous, I just cried, I was distressed. I got involved in many relationships and none of them worked. Then I drank a lot to forget about the disappointments. I was frustrated and saw no reason to live.”

However, the young woman began to rethink her attitudes and results. “Since I had already heard about the Universal Church and attended some meetings as a teenager, I remembered that there was a God who could take me out of the depression I was living in.”

With new attitudes, new results came: “I turned to that Lord Jesus I heard about at the Universal Church and
got free. I was afraid of not being able to overcome. It was difficult, it made me want to stop, but the desire to have that Salvation that the Bible talks about and the Holy Spirit to get it was greater. I saw many testimonies from people who looked worse than me and who overcame.“