Home » My Marriage Was My Shame

My Marriage Was My Shame

Adriana’s Husband Left Her for No Reason

Adriana’s husband, Ronaldo, had a mistress and decided to live with another woman. We had a company with approximately 200 employees and suddenly started losing customers. I was embarrassed, I was thinking about suicide.

“God asked me for a sacrifice, but I made a sacrifice, without obedience, without really throwing myself completely into it, and what happened? more ruin. Ronaldo married his mistress. I lost the money I had and to move to another city.

My life went to rock bottom because I did things the way I wanted to.” 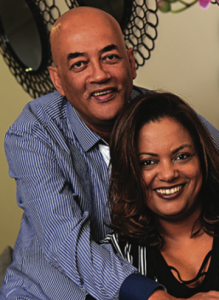 Four years passed without Adriana seeing Ronaldo. She decided to stand firm in her faith. “I was baptized, I found my faith and peace and started to make the sacrifices that God asked for, after learning about obedience. Another campaign came I decided to take part in.

I had three late rent payments, my electricity and water were out, but I still threw myself on the Altar because I wanted a complete life restoration. That’s when Ronaldo came to my children to my city to visit our children.”

Adriana says Ronaldo said everything was fine with him, but something happened. “When I went up to the Altar to make my sacrifice, he called to say he was dancing a lot of problems. He asked for my advice, I introduced him to a life of faith.

After that, he asked me to go to church with him. He was going to Universal Church also, working on his relationship with God. “We did everything in the right way this time. We started going to the Love Therapy to learn about our relationship. we dated and got married to the Church. Ronaldo and I were free. We were blessed, together, and as individuals.

“The campaign is the opportunity that God gives us to transform our lives, for things to happen that have never happened. it’s the best time for the church for you to change any situation, whether in your financial life, health, family, or love life and change any story.”