Halloween: is it just trick or treating?

Halloween: is it just trick or treating?2 min read 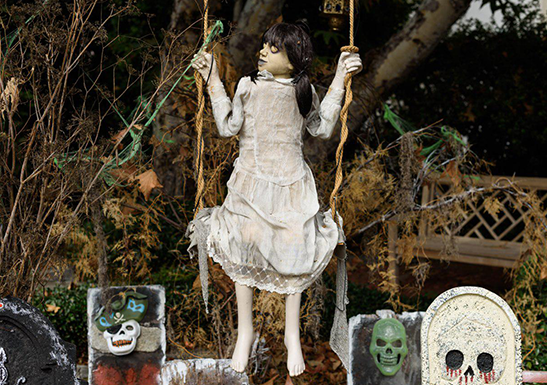 Every year the same thing happens; children dressed in costumes leave the neighborhood knocking on doors and giving two options: trick or treat. This is Halloween. The date is celebrated on 31st of October and is very popular in North American culture – which has exported the “fun holiday” to many places. The tradition came in the mid-19th century, brought by English immigrants.

The holiday had its origin among the Celtic people, with an estimation of more than 2.5 thousand years ago. The Celts believed that spirits came out of cemeteries to get ahold of the living. To scare away these spirits, they would put skulls in their homes; decorated bones, pumpkins, and other frightful things.

Currently, other symbols are used in Halloween decorations, but always relating back to the origin of the feast, which is death.

In the United States, some people tend to put controversial and gruesome dolls that represent those who are dead in their gardens and fences as seen in the image to the left. However, in 2015, in Chillicothe, Ohio, the scenario of fictional horror became real, but, because of the celebrations, nobody realized that the body of a woman on a fence was a real dead body.

Rebecca Cade, 31 years old, was murdered by her boyfriend, Donnie Cochenour Jr., 27. Her body stayed for 24 hours hanging on site, and someone walking his dog realized that it was a corpse. The body of Rebecca had marks of beatings and was so marred that residents of the region stated that they couldn’t tell if it was a man or a woman. (Source: WKRC)

confusing the body of a person brutally murdered with an item of decoration only reveals the sinister content behind the celebration of Halloween.

Since the beginning, to be careful with traditions that are contrary to His Word has always been an alert given by God Himself, when He advised his people not to defile themselves with the customs of other peoples (Leviticus 18.30).

Even the apostle Paul had this care with the Church. He was arrested, but he received news that false doctrines were being taught to Christians in Colossae and sent them a letter of warning:

The same alert remains in effect today for all Christians: beware of the customs of society in general. Especially with those who, over the centuries, pose as “Christian” to attract more supporters.

The faith that pleases God must be kept simple and free from all impurity, free of everything that is contrary to His Word. Study the Bible, bulletproof your spiritual life and reject everything that does not have any relationship with the Author of our faith, the Lord Jesus.

Advise your family and friends, by sharing this message.