First water baptism of The Universal Church in Estonia 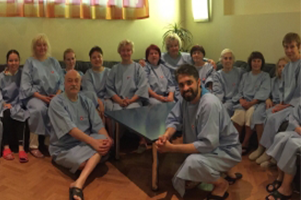 The Universal Church in Tallinn, the capital of Estonia, held its first water baptism in the country. The event took place on Saturday, August 22nd, and it represented the opportunity of a new beginning for the 17 people who decided to live a life based on the teachings of Jesus.

“Today, we had the first of many water baptisms here in Estonia. It was a very special moment, and all were aware of the step that they were going to take,” said Pastor Ailton Soares, who is responsible for this special work of evangelism in the country.

Pastor Ailton arrived in the country on April of 2015. Since then it has been four months, and with the dedication of the volunteers, the word of faith helped many people overcome their problems. Vaike (picture below) has been faithfully attending for over one month. She harbored a hatred towards everything and everyone, including her own husband. This destructive feeling made her an unhappy person. However, after receiving the word of faith, her outlook changed.

“I have participated in the Chains of Prayer at The Universal Church, and after hearing the message, God revealed to me that the problem was in me and not in other people. I am determined to change,” she said. On Saturday, she decided to be baptized.

The importance of the baptism.

For Pastor Ailton, to hold this event in Estonia was a great honor and privilege given by God to those involved in this special work.”For a country that has spent a great part of its history dominated by other nations, many inhabitants of Estonia lost the most precious thing a human being can have: faith. For this reason, it is considered the most atheistic country of all Europe and one of the most atheistic countries in the world,” explains the pastor. “To see the decision of these people to assume their faith in Jesus publicly, happy, singing and full of hope, is something sublime, glorious, divine.”

A survey conducted by the Gallup Institute shows that a great part of Estonia’s population does not believe in God or in eternal life. Therefore, the work of evangelism done by The Universal Church has great importance. A person who has no faith and does not believe in God’s promises often acts impulsively, without bothering to do good to others or to consider the consequences of their own actions.

So was the case of the young man Dinis (photo to the left). Though he is married, he did not care about his family and had extra-martial affairs. He says he was addicted to cigarettes, alcohol and marijuana. Such addictions harmed his life in many ways. “I was unemployed and my wife forbade me to sleep in the same room as her. I came to The Universal Church destroyed,” he recalls.

“Today I am free from the additions, I asked my wife to forgive me, and we decided to continue our relationship. God has done extraordinary things in my life,” says the young man, who also decided to be baptized.

The Bible makes it clear that baptism is not a plunge into the water, but the burial of our “old self,” which includes our old destructive nature, negative habits, and wrongdoings. The water baptism takes place every last Sunday of the month. To find out more, visit The Universal Church near you or contact us for more information. 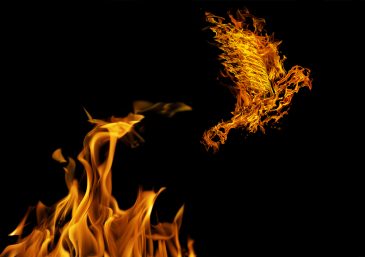 Have you ever been baptized by fire? 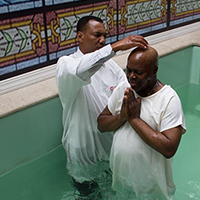 Leaving it all behind